Interim assessment of the practical use of electric trucks:

In total, almost 450 tons of greenhouse gas emissions have already been saved compared to operating these vehicles as diesel trucks.

The graphic below shows the total savings in greenhouse gas emissions from operating all CNL electric trucks since the project started in October 2018 to February 2021. 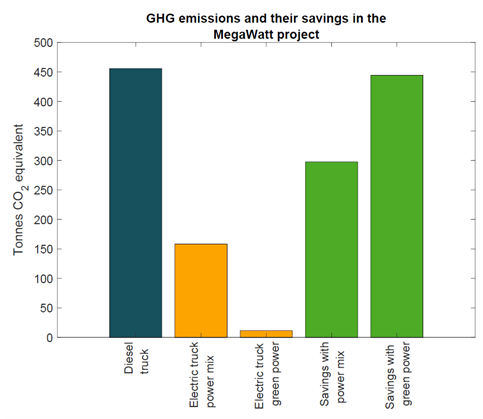 Within the practical use of the electric trucks, in addition to the technical parameters, the suitability for the respective logistical applications is recorded. The feedback from the dispatchers and logistics planners as well as the truck drivers are essential. The most important statements and findings are presented below.

Economic prospects and opportunities for e-trucks:

The costs of the required components play a decisive role in establishing electric trucks in transport logistics. As part of the project, the cost development of the following technology components for future e-logistics will be continuously evaluated:

The following figure shows a forecast of the cost development of charging infrastructure with different charging capacities in the period 2020-2030. 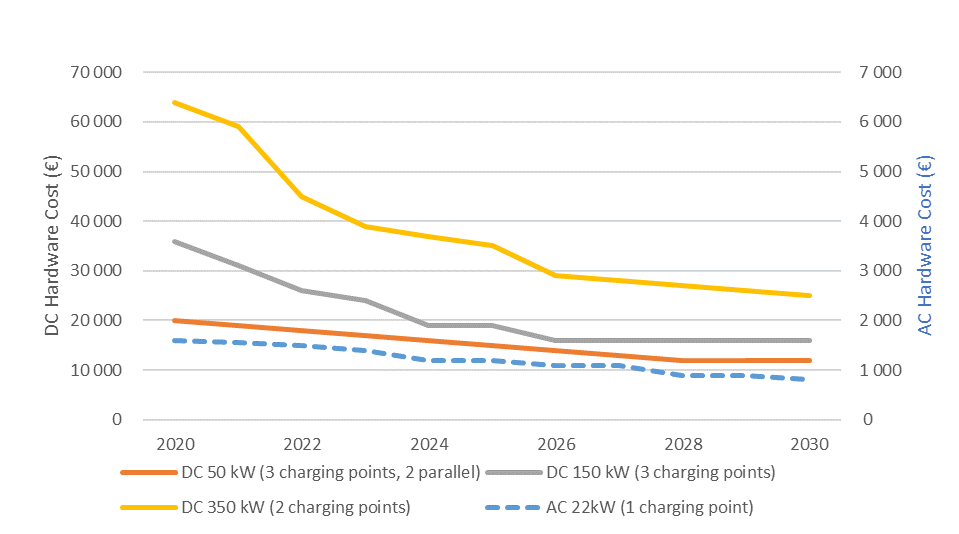 The development of costs for battery systems also plays a crucial role. A cost forecast including fluctuation ranges up to 2050 can be seen in the figure below. 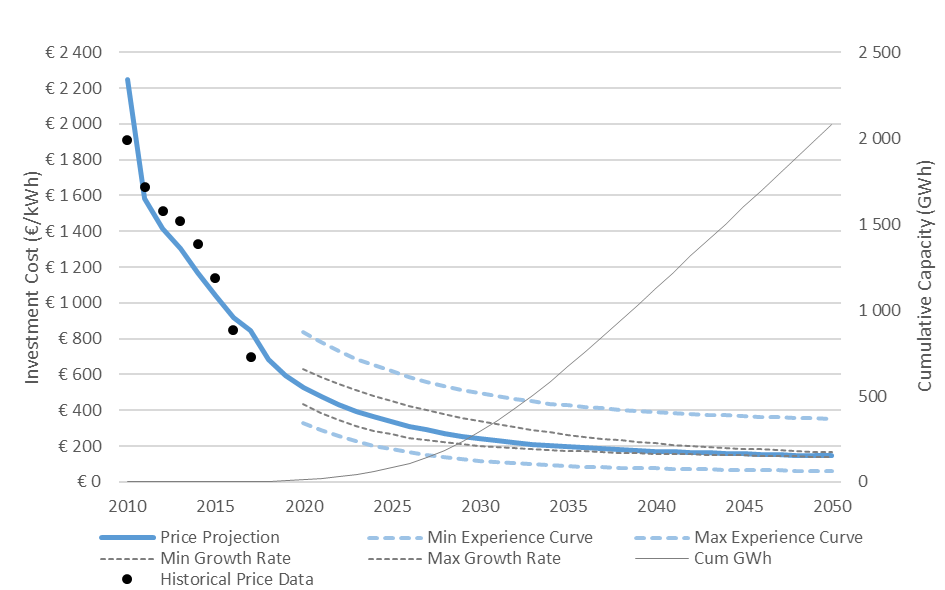 As part of the project, the costs for vehicle batteries were also collected and extrapolated until 2050. A considerable cost reduction potential of about 20 percent per doubling of global battery production is shown here, which could allow the economic operation of e-trucks in the future. The graph presents the development of passenger vehicle battery prices: 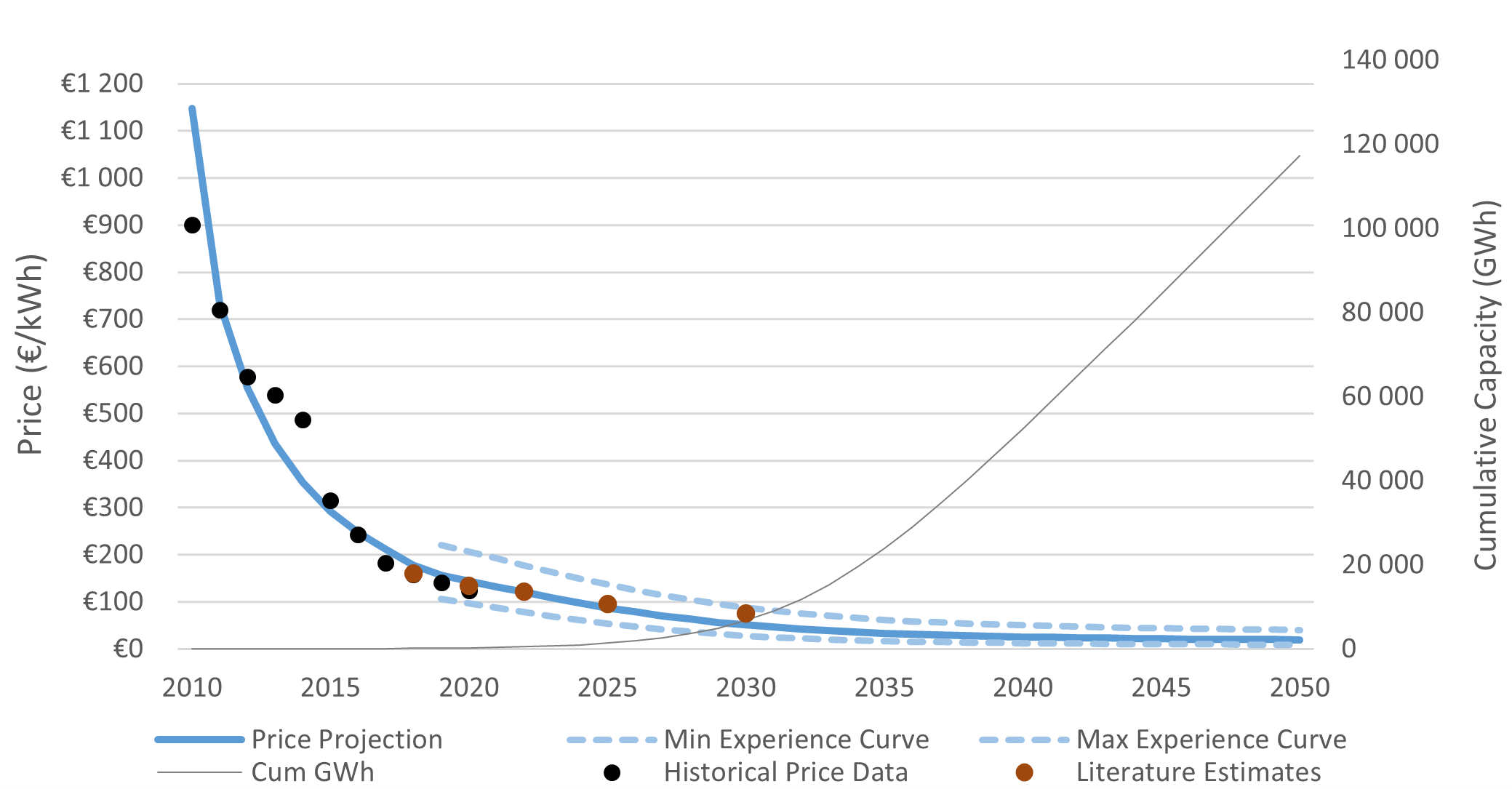 However, the research project found that e-truck batteries are significantly more expensive due to their different requirement profile and have additional costs of about 274 percent compared to passenger vehicles. The cost reduction curve is about 3-5 years behind that of passenger vehicle batteries: 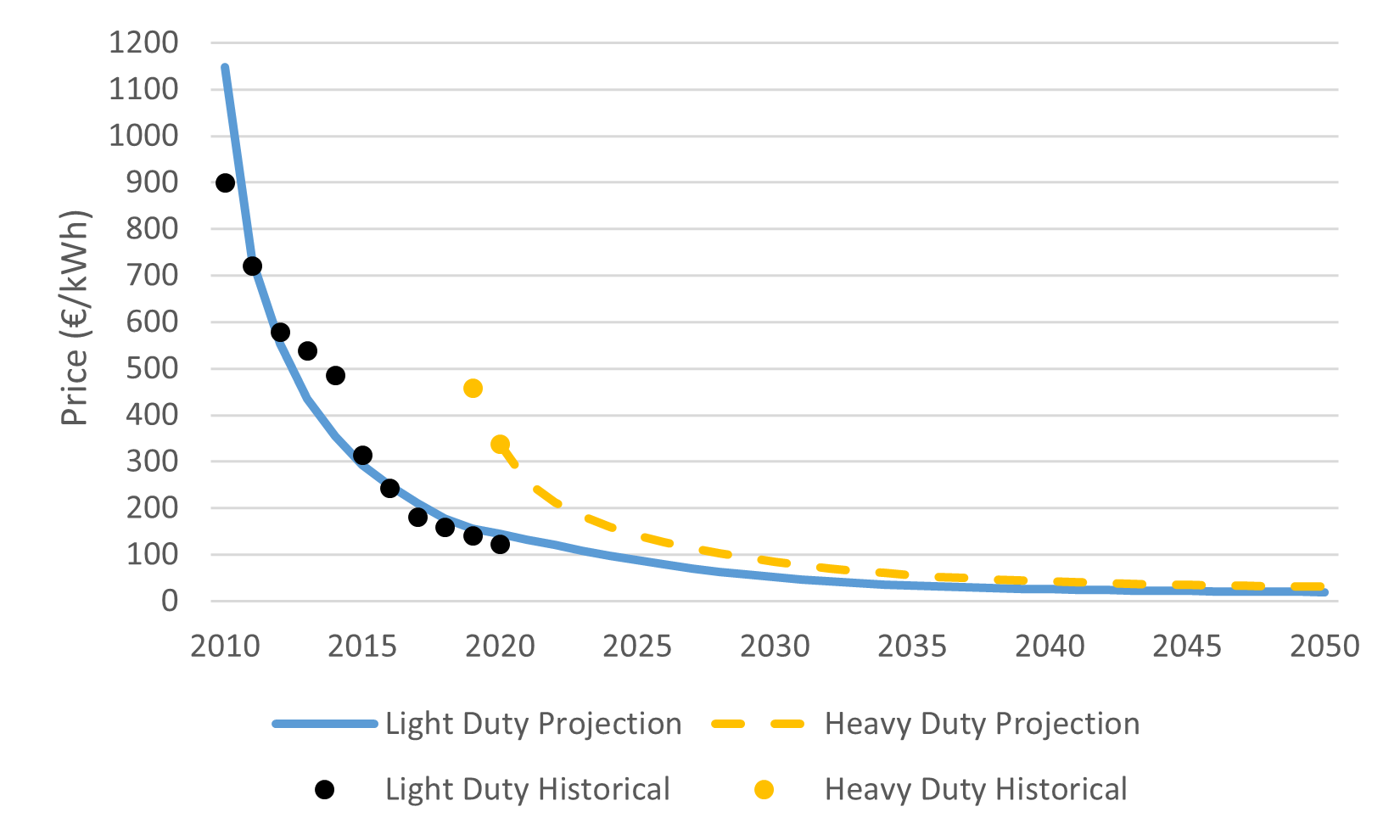 The most important and largest cost factor is of course the electric trucks themselves. The following chart shows two scenarios for the cost development of electric trucks with a range of 400 km and 800 km respectively until 2030. 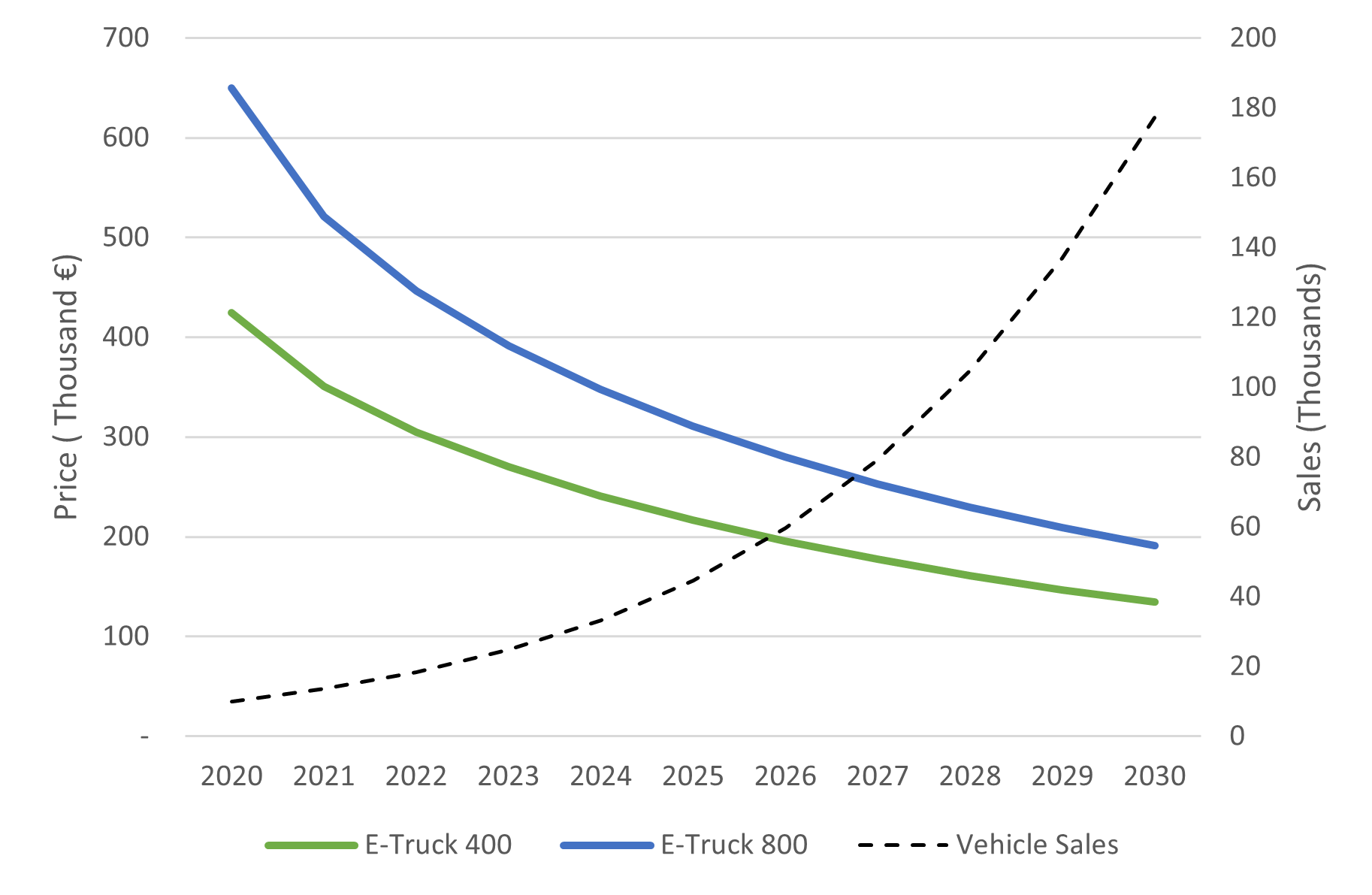 Optimization models for the transition to electric fleets

Two essential parameters have a significant impact on the implementation or conversion to electric truck fleets.

Finally, the resulting power and energy consumption for this exemplary HUB is shown in gray. 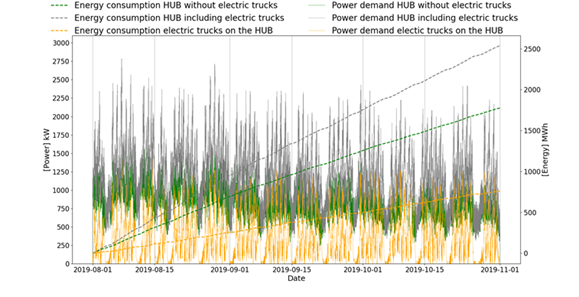 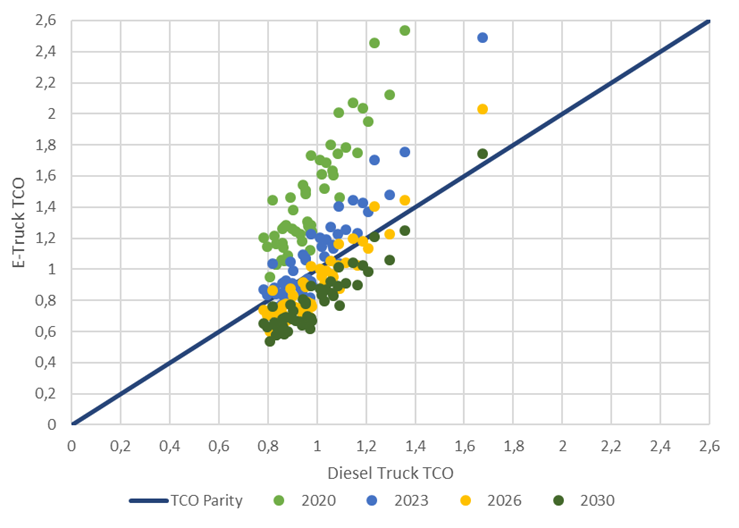 In the reporting period 03.2020 - 02.2021, a conversion tool was developed to facilitate investment planning for e-truck fleets in terms of battery sizing, infrastructure design and charging strategy. The aim is to significantly reduce the investment costs in a first step by optimising the infrastructure and vehicle configuration. The following table shows an illustrative result for the conversion of a logistics hub under two charging scenarios:

This tool can be used to derive the most important key performance indicators, for example the number of e-trucks required, the number of charging points and the required grid connection power.

Further optimizations as part of the MEGAWATT project are intended to help further reduce the planning costs in order to make the use of electric trucks economically interesting on a large scale in just a few years.